Actually, I’ve already done primary care. There’s a complicated explanation behind why this extra month exists in Metropolis-world, but to simplify it for blogging:

You know how all of Daylight Savings Time’s well-thought-out reasons for existing were ultimately overshadowed by the awkwardness of creating an extra hour?

Well, picture that, but with an extra month. 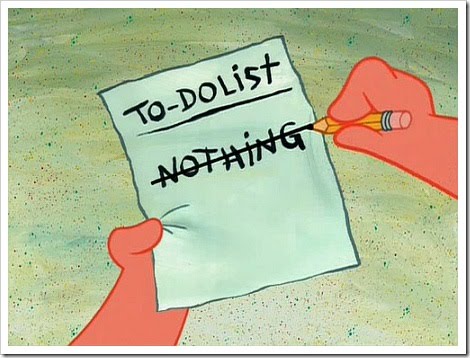 Sure is a tough life. Somehow, I’m powering through the burn.

1.  When our med school lecturers joked that “50% of what we teach you today will turn out to be wrong”, I should not have laughed. I always assumed that aphorism was meant more  “over the course of a career” than “over the course itself” – which makes the joke less “funny” and more “immediately alarming”.

(Seriously, forget about niacin for cardiovascular end-point improvement, statins for primary prevention in women, and beta blockers for isolated hypertension in anyone. Lies, damned lies, and statistics.)

2. Insurance companies DO care – about electrolytes. The health of my patients has truly never been as prioritized and cared about as it is during the 10 minutes immediately after attempting to order a calcium level.

Yes, THANK THE DEAR LORD you insurance companies have risen up to protect us against the abominable scourge of lab-draws for patients with generalized bone pain; thus forcing us to go straight to the much more fiscally-responsible full-body bone scan.

WELL DONE, YOU. Slow claps all around.

(Yes, I did read the Time article. And all the immediately preceding identical articles that, for whatever reason, never blew up the same way despite containing the exact same information. Seriously, healthcare spending has been a mess for far longer than Time Magazine has been in existence, and while the attempts at fixing it have changed, the underlying reasons have 1) not, and 2) never really centered on ionized calcium, to the best of my knowledge.)

3. How to present a healthy patient, with no complaints, with an unremarkable annual physical.

“So… in conclusion, my plan is to shake their hand and wish them a good year.”

4.  Career-wise, I am a cheap date.  My preceptor gave me my own office for the month. It has a phone line! And a desk! And a window!

And that was the moment I knew I was going into primary care.

(I’m kidding. Still, it’s amazing the difference a desk can make: call me power mad, but the last time I had my own office I was 8, and it was a re-purposed Fisher-Price box.)

5. Fine, Geriatrics really DOES deserve to be a specialty. I’ll admit it – I was never convinced the Science of Old People ran much deeper than “\dose adjustment” and “avoid the hell out of anticholinergics”.

“This specialty’s inability to take itself seriously is reflected in its inability to find a title that it’s comfortable with. ‘Geriatrics’ was discarded because many practitioners resented being a ‘geriatric consultant’. ‘Gerontology’ was toyed with, as it made their discipline sound much more scientific. However, this was dismissed as inappropriate for exactly that reason.”

But I’ll give this to them: pain control in the elderly is a nightmare.  NSAIDs are right off the table, opiates and trazodone are great recipes for broken hips and delirium, gabapentin isn’t exactly the drug of choice for arthritic pain, and it’s hard to muster up the untempered enthusiasm to encourage daily acetaminophen use.