– Lily, How I Met Your Mother

In the early morning hours before my Step 2 exam, I woke up, peeked out the window, and couldn’t see my rental car.  This induced mild panic until I took a closer look and realized that, in fact, my entire driveway appeared to have been turned into an impromptou snowdrift.

I was still hoping for two more hours of sleep, but I sat up and checked the Prometric website anyway. It didn’t mention any cancellations, so I thought, “hey, maybe the snowstorm isn’t actually that bad!” and went on to check the weather – you know, just for validation that driving 2 hours east to the Prometric center wouldn’t be a big deal.

And after punching in the zip code, this is what weather.com told me:

THANKS A LOT, WEATHER CHANNEL.

So there I was, at 4am, torn between Possibly Dying In An Icy Car Crash or being sensible and simply rescheduling the exam

Naturally, after a lot of guilt and soul-searching, I decided the only responsible choice was to leave immediately.  After all, I figured at 4 am, no one would be on the freeway yet, which would drastically reduce my chances of dying!  And by leaving with four hours to spare, I could – if necessary – drive at 30mph and still make it on time.

(Besides, it wasn’t like I was going to be able to get back to sleep at that point.)

The roads turned out to be icy enough that driving 30 mph for 3 hours was actually the correct decision, so that’s what I did.  As a precautionary measure, I threw at least 9 blankets into the backseat of the toyota, a flashlight, and some poster-board (for rescue signs, or impromptou pep ralleys, I don’t know) and headed to the interstate.

On the way, I got well-acquainted with a little yellow light on my rental car that occasionally blinked me friendly reminders about imminent doom. 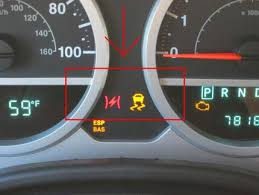 “DEAR DRIVER, IF YOU DON’T ABANDON THIS FOOLISH MISSION IMMEDIATELY, YOU ARE AN IDIOT AND I HATE YOU.” – My Toyota’s Friendly Anti-Skid Warning System

But seriously, it was fine.  It may not have been fine if I had left any later than 4am (ice + skidding + other cars = no thanks), but my Prometric center was open and I’ll be damned if I was going to spend one more day studying – let alone the 2 weeks it would probably take them to reschedule me.

Oh, and Step 2 itself? Pretty anti-climactic considering the sheer adrenaline required just to get there.  It was hard to work up any actual anxiety for multiple choice questions after having survived the “deadly storm” on the interstate.

And now guess what time it is?

Time to study for USMLE Step 1, which I take in 7 weeks!

(… At some point, I will probably have to write an entry on why I decided to take Step 2 before Step 1 – but the short version is “my school’s schedule” + “my stubbornness” is sort of a winning combination for this type of thing.)

9 thoughts on “How the USMLE Tried to Kill Me”