I know nothing about anything other than AA.  And I know next to nothing about AA.  So psychiatrists, doctors, med students with a clue, people who have ever had a drink in their lives, whoever – please explain.

Yesterday I finished reading Drinking: A Love Story.  The author said that reading A Drinking Life by Pete Hamill was a major factor in her sobriety, so I bought and read that book last night.

I just finished the last chapter, and am sitting in bed with the cat, thinking about it.

Both authors talk about how muddled the line is between a “problem drinker” and an “alcoholic” – and both had convinced themselves that because they were achieving and maintaining successful careers, they couldn’t possibly be the latter – even though they knew they drank more than most people.

Both authors define themselves as “high-functioning alcoholics” and admit it’s a troubling category. 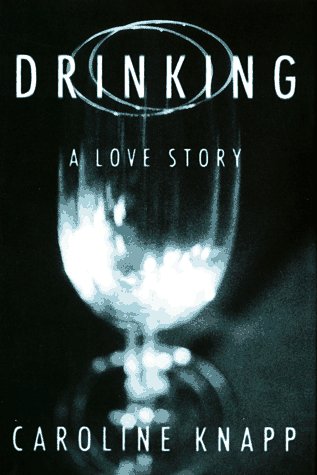 I agree, it’s troubling.  The DSM doesn’t currently recognize “alcoholism” as being a thing – just Alcohol Dependence and Alcohol Abuse, which is – to put it mildly – completely confusing.  Alcoholism itself doesn’t fit neatly into either category.

But alcoholism, at least, can be shoved into one of those umbrellas – as long as you acknowledge that the patient has genuine social or work problems as a result of their alcohol abuse.

But high-functioning alcoholics don’t.  So what do you call that?  They’re still dependent on the alcohol, and that’s still extraordinarily dangerous.

So how do you draw the line between being a social drinker, a problem drinker, and a high-functioning alcoholic?

Here’s why I think that’s an important question, and not just a word game:  All of the psychiatrists I’ve talked to about this have said that recovery doesn’t necessarily mean abstinence. Abstinence isn’t even included in the new SAMHSA definition of recovery.

I’m guessing that has more to do with methadone treatment for heroin addiction than it has to do with alcoholics eventually drinking moderately – but the possibility is there.  Moderation Management seems to have been accepted as a legitimate form of cognitive-behavioral therapy, albeit one that doesn’t seem to work in the most severe alcohol abusers.

Is alcoholism so ingrained in genetics and environment that an alcoholic should never have had their 1st drink to begin with?  Or is there a straight line of progression in alcoholism, from “social drinker” to “problem drinker”?  Is “high-functioning alcoholic” a step along the way, or an end-point alternative to true alcoholism for some people?

And if it is a straight line of progression, is it possible to intervene with a Moderation strategy before they hit the alcoholic state?

If so, shouldn’t this be the sort of thing we’re billing to problem drinkers?  “If you keep on the way you are, you may have to go into AA and never drink again.  Sound scary as hell?  Maybe you should learn strategies to cut back now to avoid it, then.  Here’s a pamphlet, here’s a website, here’s a Moderation hotline.”

Seems like it’d be easier to get someone to agree to that then to agree to abstinence.  But would that just inevitably be a speed bump on their way to complete abstinence or death?

The founder of Moderation Management ended up joining AA, relapsing, and killing two people in a drunk driving accident.

Where’s the line, and – in light of the above example – is it worth finding?