Grades are in – I passed both tests, doing really well in biochem and just above average in anatomy, hallelujah.  I could have gotten below average in both and been perfectly happy, but the biochem grade is kind of nice.  It’ll help make up for my upcoming histology grade, which will be… probably less than stellar?

Histology still seems like voodoo mystery science.  I now know how to differentiate cells from nephrons, but unfortunately the major clue seems to involve asking someone if we happen to be looking at a kidney.  I also now know how to differentiate between the basal lamina and any one of the other five million things a purple line could be – but it involves trying to figure out if the purple line is in a place where a basal lamina might live.

So… despite Boyfriend’s love of all things pathology-related, and frequent mentions that I’d probably love the field, I do not see pathology being a very promising career choice for me.

What I’m Supposed to See (courtesy of the UMich histology site and my guesswork): 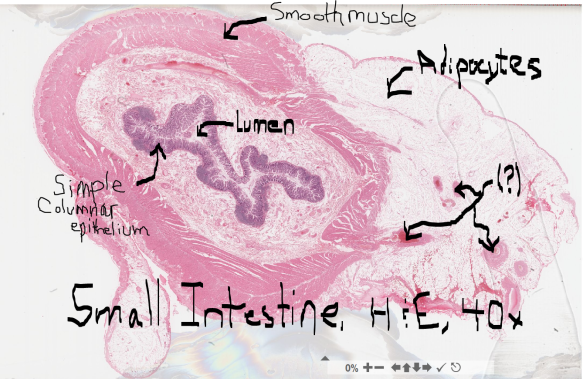 What I Actually See (courtesy of taking an art appreciation class this one time for like an hour): 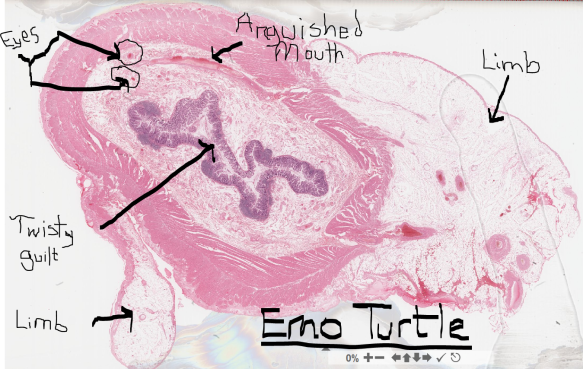 In other news, I should probably go study.

(I know, I know… it seems like overkill when I clearly have such an awesome handle on the material.  Them’s the breaks.)